The General Direction of the three Institutes of the Scalabrinian Family (composed of the Fathers, Sisters and Lay Consecrated) met in Villabassa (Bolzano). The goal was to focus attention on the most pressing needs in the migration sector. “We are living in a time when old and new conflicts uproot thousands of people from their homes and their land and force them to seek security elsewhere”, said Father Leonir Chiarello (Superior General of the Scalabrinians), Sister Neusa de Fatima Mariano (general superior of the Scalabrinians) and Regina Widmann (general manager of the Scalabrinian Seculars)

“We are living a time in which the exasperated search for one’s own comfort exacerbates the inequalities among people and between nations – they continue – and forces many to look for opportunities in another country, where access to those opportunities is often denied; a time in which to have hope one must buy it illegally and end up buying the probability of failure or death; a time in which rhetoric against migrants prevails and is utilized as an easy tool to obtain consensus while giving in return uncertain and short-term solutions. These are not abstract considerations. Just think of the many borders where so many tragedies are taking place every day”.

These are three guidelines launched by the Scalabrinian Family. Narrating through facts and witnessing because there is a lot of “repetitiveness in stigmatizing migrants as a threat to national well-being, to the security of citizens, to the cultural heritage of a society”. Therefore narrating migrants, because “the migrants especially are silent, because nobody wants to hear their voice. It is our duty to create opportunities for migrants to speak and for someone to listen, for us to listen”. Finally, “narrating to God”, because “precisely before God the migrants will not accompany us, but we must create opportunities to narrate together our stories that intertwine to become the history of salvation”.

Read the Message of the Scalabrinian Family 2019 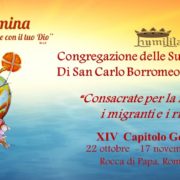 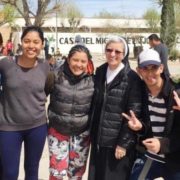 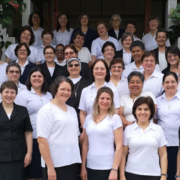 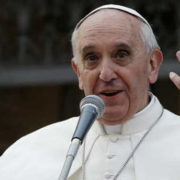 Pope: We need unity, not soloists out of the choir 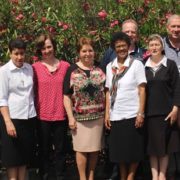 A statement of the 3 DG Scalabrinian Family: open the doors to our brothers
0 replies

On the Road towards the XIV General Chapter

The Scalabrinians sent out for the Itinerant Service in Ventimiglia
We use cookies to ensure that you have the best experience on our site.Ok
Scroll to top