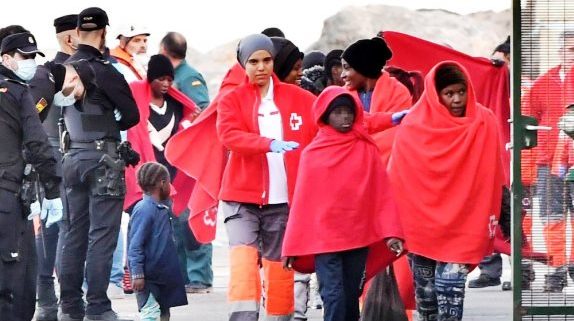 Doctors Without Borders has denounced that migrants between France and Spain are trapped in a ”relentless cycle of rejection” by French authorities.

Migrants who are trying to cross the border between Spain and France are ”trapped in a relentless cycle of rejection” as French police deployed in border areas ”routinely turn back asylum seekers, a practice amounting to refoulement,” or forcing back, Doctors Without Borders (MSF) said in a statement.

The organization, whose teams regularly visit French border areas to monitor the situation and provide support to local organizations, said that ”although nearly 1,000 kilometers separate the Italian and Spanish borders in the Basque country, the violation of migrants’ rights and French police methods used near the border with Italy are much the same.”

The organization explained that the border between France and Spain has become one of Europe’s main crossing points for migrants attempting to reach France or to continue on to other countries. In December 2018, MSF teams visited Bayonne, Hendaye and Irun, in the far west of the French-Spanish border. They reported that once migrants are sent back from France, they are ”handed over to the Spanish police who, after an identity check, release them at the foot of the bridge that goes from Irun in Spain to Hendaye in France, which is only a few meters from the border,” explains Corinne Torre, head of mission for MSF programs in France.

Migrants are then trapped in a relentless cycle of rejection. Alone and helpless, they are prey to human trafficking networks, who are often their only alternative to enter into the territory and claim their rights, MSF said.

A new migrant caravan is making its way through southern Mexico

“Christ is alive”, new apostolic exhortation is released
We use cookies to ensure that you have the best experience on our site.Ok
Scroll to top